I put the playmobile ships and other such things in the toy chest by the sofa. 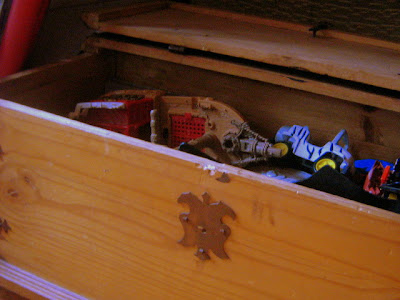 The play animals, Lord of the Ring action figures and a couple of other "sets" are on the other side -- you can see it's a double-sided chest. 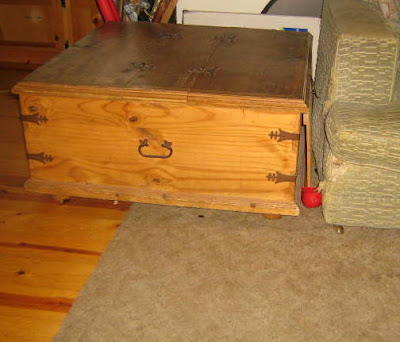 This used to be the dress-up chest, but I moved the play clothes downstairs since they weren't being used much (weeding out the ones that were too small). 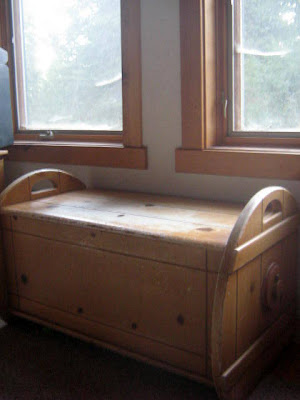 Now I have the Duplos and wooden blocks in there 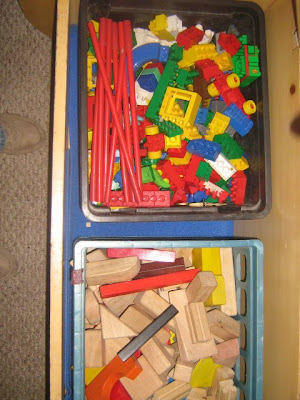 That clears up the window seat as a bed for Aidan, so I moved the toddler-mattress he was using out to the garage to toss (it was almost a quarter century old and getting pretty worn out, and he is too big for it). 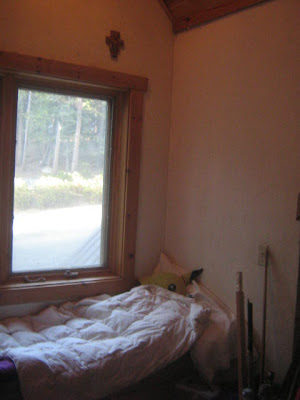 So generally speaking, less clutter in the loft (I couldn't get a good picture though - took several and this was the best). You can see the bionicle and lego shelf over there by the couch, but everything else is put away. 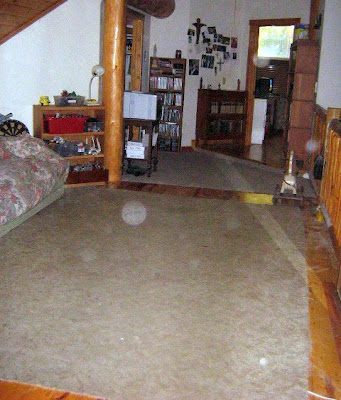 I gave Paddy a tour of where everything is now. It's also Mom's job now to re-introduce toys out into the environment when things are getting stale around the house.

That big rug makes a much nicer playspace than they had before. Interesting thought there -- spaces have play potential too, sometimes more than rows of toys do.
Posted by Willa at 12:18 PM