Today I took Aidan to town, to the Childrens' Hospital, to get another botox treatment in his left leg. (Botox relaxes his hypertonic muscles and makes it easier for him to walk normally). Aidan seems to have gone into a new gear. He used to talk to the health care workers only with the sparest of words. This time he actually conversed with them, receiving and giving information. What's up with that? I couldn't help wondering if our more conversational style of school recently and all the traveling this summer has helped him decide that verbal communication outside the family has some good in it after all.

He was a trooper with the botox shot (which is painful) but that is typical of him.  It was nice to walk back into the house to find peanut butter cookies freshly made by Kieron.    Aidan felt like he had won a battle, and he had, and he showed off the skeleton book and beanie baby owl they gave him as if they were trophies, which they were.

I'm looking back over the week. Most of our snow is gone and we are back to the bright blue skies and crisp cool air of autumn in the mountains. Several days we had to light the woodstove in order to be comfortable. 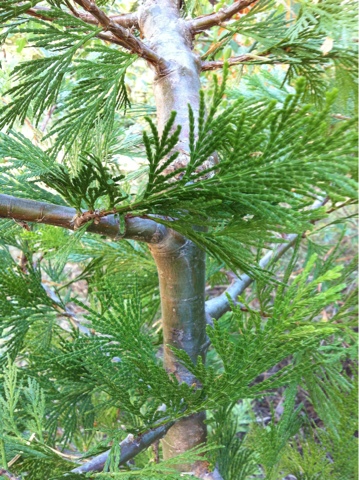 We are on Lesson 7 in the Teaching Company Mental Math series. One thing both Kieron and I agree on; we are going to have to review. The course comes with a book and some exercises which we do in between.   I think though that we will keep using the manual as a reference.  We have all sorts of new strategies now.

Our homeschool is settling in to some routines.   We have Audio Visual Hour at 10 am.  We listen to the math lecture, or else to AP Biology and Gaelic and BBC Animated Shakespeare.

And Afternoon Time fits comfortably at 1 pm, right after lunch.

Outdoor Time is supposed to be at 11 am, but it keeps resisting me using things like cold weather, car breakdowns and unexpected errands to derail us.

Piano practice has gravitated to the after dinner hour.

Our Story Writing hasn't found a home in the day yet.  Nor has Kieron's assigned reading.   It seems that if I want something to happen, I have to find a regular place in the day for it.

In the car today I was thinking about virtue and habits.   Clare is reading Aristotle's Nichomachean Ethics for college these days, and so we've had a couple of conversations about what virtue is.   Virtue is an ease and fluency in doing good things.    This ties in with something I was pondering about Habits.

An olympic level swimmer has a habit of excellence in swimming.   From much, much practice his swimming is like a second nature to him.  Whereas I, because I haven't swum for ages, would be awkward and inefficient if I took to the water.

When I'm just learning to do something new, it might be hard because it is new.  Say I am a coward and I make myself do something brave for a change.  It is hard but I do it anyway.  Still, I am not yet possessed of bravery because I've done one brave thing with difficulty.   If I do brave things many, many times hopefully I get a habit of bravery; it becomes easy and fluent to me.  Then I would be a brave man (generically speaking).

At least, this is how I understand it.  So when I'm trying to teach my children a habit, the first thing is to have them do it once.  Then they have done it!  They are like the man who has done one brave thing.  But it is not yet easy.   To become fluent, they have to keep practicing.

Habits don't seem to be like possessions you acquire.  Rather, they are more like acquired traits.   This helps me with something that has puzzled me in the past.   So often, it seems that habits get in my way -- they are like a rigid exoskeleton.  I drive automatically, which is usually good, but not good when I forget to pay attention to what's going on around me.

Habits seem to have to be dynamic.   Even though Mark Phelps is an accustomed swimmer he still can't autopilot through a race.    They seem like a groundwork but not an edifice.

Aidan has developed a habit of coping with medical pain.  For him, regular blood draws are nothing.  But botox shots are quite painful.  When I first told him a couple of days ago about the treatment, he said loudly and spontaneously, "NO".   I told him I knew how he felt, that the botox would help his muscle work better, and that we would do something nice right afterwards (get a Coke at McDonald's, a great treat for him).   He thought for a while and then set his attention to coping.  And he did it admirably.

"Whew!"  he said as we walked out.  "That didn't take very long!  I'm glad it's over."   This habit of setting oneself to acknowledge pain, manage it, and then not dwell on it afterwards, is one that I want my children to acquire.  So even though I would rather he didn't have to go through such things, I am proud of his reaction.
Posted by Willa at 7:03 PM