Those timeline figures I made the other day?

They were WAY too big for my timeline book.

I made them into cards instead. 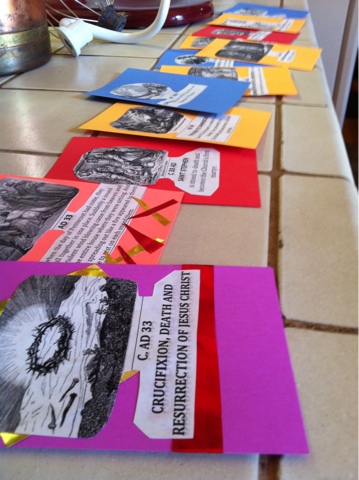 To make our family timeline book I got this 12 x 24 black and white cardstock.

I wanted it to be LARGE and though there are some nice-looking premade books out there, I wanted a homemade one.

These are the reasons:
You can see what I was working on in the picture on the right. 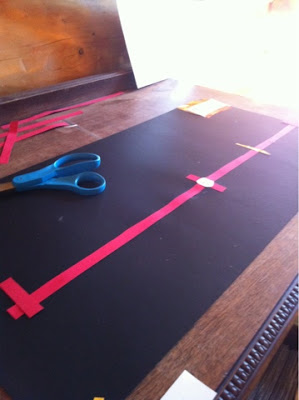 I bought two packs of 24, which gives me 24 sheets each of black and white.  I was going to use just one color, but I decided I needed each page to be half a century.   I have to be able to see it without glasses, for instance.

So I'm alternating black and white.

I am only putting the timeline on one side of a page.  That way I can spread them out on the floor, and I will put maps, details, and other things on the back.

I am color-coding the timeline pictures according to the format in ABCs of Christian Culture which I bought a long, long time ago and still have around.


Because I got large paper, I will have room for some specialty timelines contained within, like a list of Roman emperors, or popes, etc.  (But maybe only on the back).

Below you can see the first two pages (half a century a page).

Here are links to the MUCH SMALLER timeline figures I made 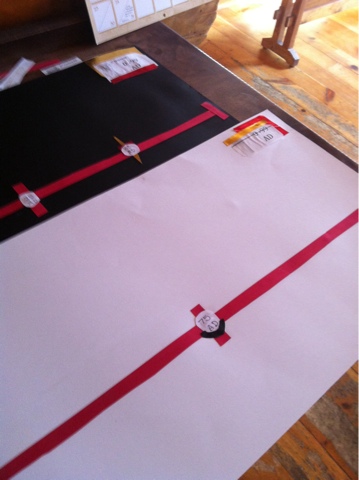 The boys studied the ancient world the last couple of years.   Right now I am thinking that I will have a smaller notebook for BC history.   Probably 12 x 12 paper in a neutral color, or maybe 8.5 x 11.    I will use the same format, but there is less going on in the earlier centuries so I don't need as much room.  So it will be a century a page.

I am basically only going to start with written history which goes back to about 3300 BC.  Before that I will probably have a single page for each era of prehistory (probably in a different color).

So the BC history book will be 35 pages or so.

These are simply optional extensions.

I may have the boys start a history notebook where they can store copywork, narrations, coloring, maps, etc.

Or maybe I will just keep my own notebook, though right now I'm putting the things I find in Google docs.

But the main thing I am doing now is keeping index cards for review, including timeline cards.  I used to do this years ago when my older kids were young.

I can use the cards I made for this.   If you see, I color-coded them.   I get obsessive sometimes.

I will try to let it go now and not post every day about timelines!