Faith at Strewing Unschooling Resources has a feature called Strewsday Tuesday.  I have been trying to do more of this strewing thing so I thought I would give Faith's Tuesday meme a try this week.

My older kids seemed suspicicious about new things, which made it trickier to strew.   You could almost see them circle warily around anything that showed up that they weren't familiar with.  On the bright side, once they did adopt something new into their lives, it became an enduring thing, if it passed their internal quality control system.   They were like the kids that Charlotte Mason talks about, that take a living idea and bring it into their deepest selves.

Kieron, Paddy and Aidan are easy to strew for, though.  They are generally pleased and intrigued by novelty.   I think they are all temperamently more sanguine and less melancholic.   If I leave something lying around I often find one of them picking it up or reading it (depending on what it is).

So I have been trying to make a habit of revolving through all our things, picking out (1) things I think they will like and (2) things I would like them to like.

Yesterday I put out these to see if Paddy would get interested.   Sure enough, he did! 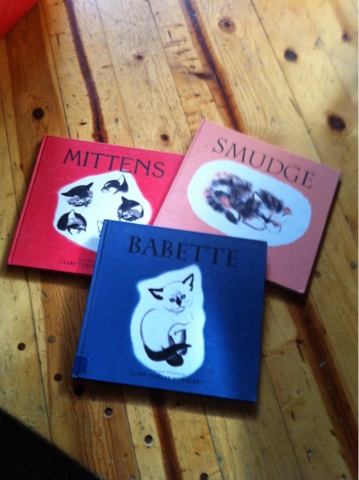 They are charming books, by Clare Turlay Newberry.   My mom sent one of them to Sean when he was five and we were living in San Francisco while Aidan was in the hospital there.   Sean loved the book, and since we lived right across the street from Border's at the time, we collected some more.

Check out the link if you want to see some pictures of the drawings.    The stories are usually very simple, and the cats are obviously drawn from life.   One is about a boy who gets a kitten who proceeds to get lost.   There is a happy ending!  Another is about a little girl who is alone in her apartment while her single mother has to work, and she finds a tiny kitten outside her door.

They were mostly written in the 30's and 40's and the style reminds me a bit of the "Blaze" books in that the books are very simply plotted and about ordinary children who happen to be privileged to have a friendship with an animal. 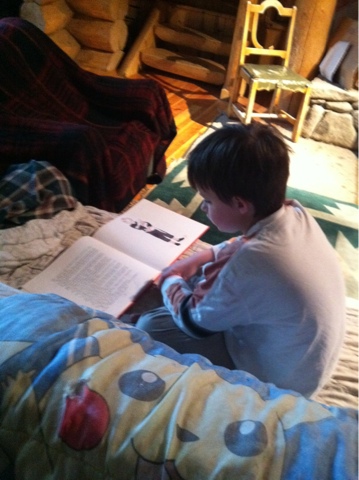 I had read them to Paddy when he was small, but he hadn't seen them for a while
The reason why I thought it was a good time to bring them out?

When we visited our friends up in Northern California, they happened to have a crew of kittens in their garage.   Paddy spent a lot of time playing with them with his friend Malachy.    Here's one of them.  I can't remember what they named him; I will have to ask Paddy! 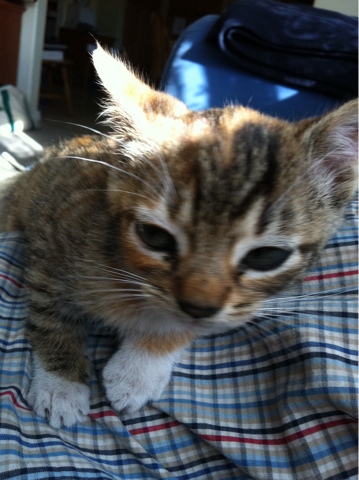 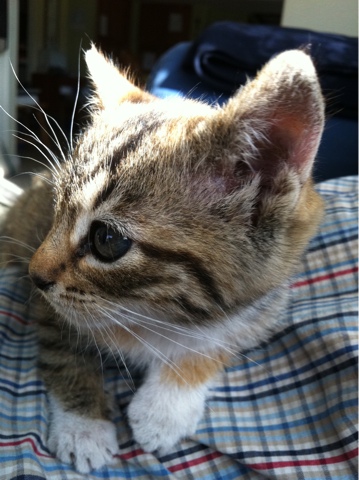 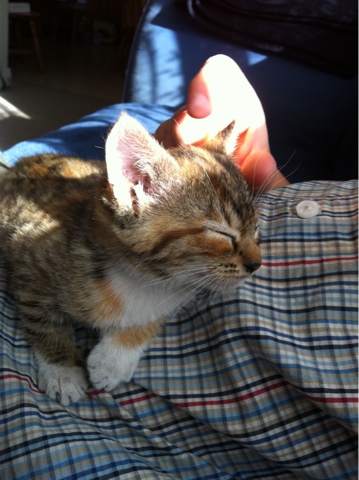 Indeed, the books were quickly scooped up and Paddy has been reading them every since.