Abolition of Man: Correlatives and Science of Relations 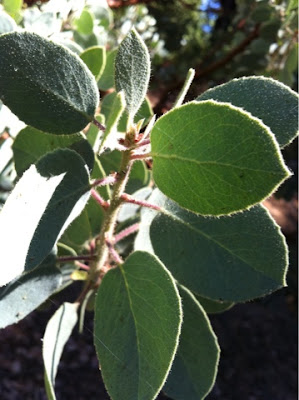 In Abolition of Man, CS Lewis says something that really struck me this time through:

Before considering the issues really raised by this momentous little paragraph (designed, you will remember, for 'the upper forms of schools') we must eliminate one mere confusion into which Gaius and Titius have fallen. Even on their own view—on any conceivable view—the man who says This is sublime cannot mean I have sublime feelings. Even if it were granted that such qualities as sublimity were simply and solely projected into things from our own emotions, yet the emotions which prompt the projection are the correlatives, and therefore almost the opposites, of the qualities projected. The feelings which make a man call an object sublime are not sublime feelings but feelings of veneration. If This is sublime is to be reduced at all to a statement about the speaker's feelings, the proper translation would be I have humble feelings. If the view held by Gaius and Titius were consistently applied it would lead to obvious absurdities. It would force them to maintain that You are contemptible means I have contemptible feelings', in fact that Your feelings are contemptible means My feelings are contemptible.


The whole passage is good, but the part that struck me was about the correlatives.   Surely, that is a key point when we are talking about objectivity and subjectivity.

The distinction between the two has always, always confused me, even back to my teenage years when I first encountered what you could call World Views.  Granted something I never seriously doubted for a second -- the existence of a World Outside Myself, things that would have existed even if I never had come into being.    Granted that, still, confusion remains.  How do we come to know, and know reliably?  In what way do our inner perceptions reflect outside reality?  If I can only come to know something insofar as I am a Subject (the person who knows) then is not Subjectivity in some way a part of Objectivity?

These aren't questions unique to myself (I found out later).  Everyone seems to be trying to get on some sort of solid footing with regard to epistemology nowadays.

Plus, I always saw problems with what passed for Objectivity in our modern world.   Case in point:  "Objective" history or science.  It was very clear indeed to me that supposed Objective Historians and Scientists were in fact engaged in a semantic dodge.  You can't have an Object without a Subject, grammatically, except in the passive construction, and I agree with Richard Mitchell that the passive construction is subject to suspicion.   Who are these shadowy figures who move and pronounce without revealing their identity?    Who watches the watcher?

Besides this distrust of the "outside the universe" position for its naivety and lack of realism, I also could see for myself that it was really a very incomplete truth.

Who do you go to when you want to learn something?  Surely someone who loves their subject enough to be both comprehensive, insightful AND rigorously fair and honest.  It's true that such teachers are rare, but they are rare because real love is rare.

An "objective" observer is by definition detached, and insofar as you are detached, you are the opposite of participatory.  And it is through connection that knowledge comes.   It can't be any other way.   Your eyes have to encounter something in order to see it, and so on.


To me, it seems that this correlative thing helps solve some of the difficulty, and so, as well, does Charlotte Mason's "Science of Relations."   In fact, I think most sciences do boil down in some way to relations.  Even science in its broader conception as scientia,  "knowledge", comes down in many ways to relation, interaction.

To know something is to stand in relation to it, and Gaius and Titus' confusion of language reflects confusion of thought in this regard.

Correlatives are things that exist in relationship.   This from Aristotle, in Categories:

You can see how this applies to what Lewis was saying about the relationship of sublime to humble, or contemptuous to contemptible.   He makes the point that part of education is getting to a truer sense of how we stand.   If we don't recognize sublimity, we may be contemptible, but we are not humble.  Humility is the recognition of where we stand in relation to something sublime.   In education, our perceptions must be formed so that we see rightly, and it is too delicate a process to be taught mechanically.   A waterfall is sublime, but we are educated to know it is not to be worshipped, for instance.   A magnanimous education has room for a host of paradoxes, of delicate balances.   There is really no substitute.  A Gradgrind "just the facts" type of training can't encompass things like that.   Moral formation would become propaganda and brainwashing; in fact, this is what you often see in schools nowadays.

But it seems that this correlative rule may also apply to how we come to know.   Since our learning starts in our senses, even though it does not end there, we learn necessarily in relation.   A child doesn't just learn.  He relates to things.  He learns about mama and papa and juice and toast before he learns about the planets in the solar system.

Say there is a Truth out there.... take your pick of what it is.   Let's say a Giant Sequoia that was already a tree in Julius Caesar's time.  It existed even before I was born.   It would continue to exist even after I die.   Yet the truth doesn't exist in ME, except in potential form, until I come to know it.  If I never saw red, the concept of redness would remain latent inside of me.    If someone told me red was evil (I think I read a book that had something like this one time, was it The Giver?) then I would know red, but in erroneous form.

I know my biology post last week went on and on, but I really learned something when I was writing it.  One thing I realized was that there is very often a triangular relationship between the learner, the teacher, and the content being learned.   And the relationship has, or should have, many elements.  Like the magnanimous education Lewis was talking about, it is something that can't be gotten across in a lesson plan or tested by an exam.    In the beginning of Poetic Knowledge, James Taylor quotes Frank Smith in regard to literacy.  Frank Smith says that when children learn to read, they are students of the author.   Reading is not just phonics rules, it is a relationship with words, with meaning, so it really matters that literacy is taught in the context of real books. 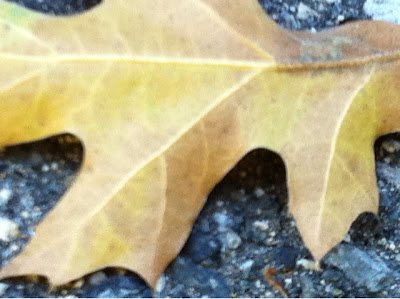 This matters to me because I am noticing that now that I'm trying only to teach my kids the things that I really love, I am not limiting our homeschool, but expanding it.  I find more to love, and my love provides a kind of light.   My love for my kids shapes how I impart the material to them.

I'm talking ideally here.  I saw this like a sudden vision; I don't live it moment by moment.   I just see for a moment how it SHOULD be, but I am not sure I'm explaining it well.  But "enthuasiasm" is etymologically of divine origin, and doesn't mean talking in a loud peppy voice or faking something you don't really have.  It is something that seems to light things up, but it comes from within.  It may be subjective, in that it resides in the subject, but as Lewis said, it is a correlative.  The inner thing is responding to something outside, to an object.    So the confusion between the supposed dichotomy between subjective and objective is partly resolved for me, thanks to Lewis.   My subjective self responds or relates to the objective thing, but it can respond truly and deeply, or not so much so.    If I think a waterfall is "pretty" I am missing the point in a real way, because it's not just about what I contain within me, but how in tune my response is with the real nature of things.

All true Love comes from God, so God is in the mix too .  CS Lewis talks about how we don't see the light itself, but we see things BY the light.  I was thinking about this while walking home after dropping off our (red) Dodge for brake repairs.   I was noticing how what I see is not the leaf or branch or stone, but the way the light acts upon them.    But that is true with Knowledge too, and with my REAL love for my kids, not just affection (born of close proximity and sometime cuteness and charm in the children) or biological partiality.    The real love is directed towards something beyond the contingencies, to something that endures when other things pass away.   So ultimately, my love of whatever it is that I want my children to know and love, is God showing these things, as light shows me a leaf.