I thought I would write out how our schedule is working out this first week, which is probably boring to read. and would be boring to live except that no day is exactly like this -- there are always variations.  And it will develop as time goes by -- we like to start slowly.  Usually we start in mid-August but this year, summer was so late, short and cold that I don't want to lose these golden late-summer days.

Wake up -- I've been waking up late because of being wakeful in the middle of the night.   Usually I would have an hour or so to study and read, but instead I've been doing this when I am awake at night.

Go Outside -- we used to go outside first thing in the day, just to make sure it happened, and recently we've been doing it again.   I don't want to miss out on this beautiful warm fall we are having here.  And I reread Home Education this summer; since CM puts "outdoor life" first, can I do better than to bring them and myself out of the house as soon as I can?


Today was different because we zipped over to Paddy's piano lesson, and then stopped by the lake on the way home.   They are draining the lake this winter to clean it out (it's an artificial one scaffolded by a dam) so already the water was remarkably low -- see the layers? 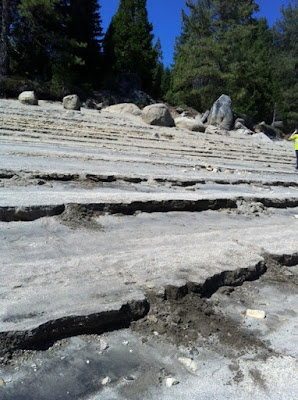 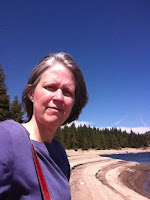 Yard and House Work  -- I recruit the boys for this.   We accomplished a fall cleaning and are getting the perimeter of the house ready for winter.

Lunch.   We read while we're eating and usually afterwards.


Aidan and I went down to the basement to look around while Kieron made peanut butter cookies.   Aidan fell in love with the damp, dirty, spidery, dim basement full of old junk and decided he wanted to live there.  He was persuaded to leave after some time upon promise of coming back the next day and having gotten permission to salvage an old cooler, a hose wind-up thing, and two sleds.

Morning Time (which apparently should be called Afternoon Time since it has been taking place at 1 pm, but will probably change as the mornings get darker and colder).   This is only the second day.     Paddy complains because he prefers to read on his own than have me read to them, but I insist for the auditory benefits and the conversations that ensue.

I give them notebooks so they can draw or doodle if they want, to keep their hands busy.

Today right after I started telling them about the old tradition of the Birthday of Mary which is celebrated today, we were interrupted beautifully by the Fedex man bringing a mysterious box.  It was from Kevin, who is out of town, and contained these:

My boys all helped me fill the vase with water, trim the stems, and set them on the table.  It was so timely and beautiful!

Down time for kids -- for me, I pray, talk to a friend on the phone, blog, take a bath, whatever.

Family Time -- just me and the younger boys right now, unless I call Kevin or he calls me, or I'm talking to a friend on the phone.   Kieron sometimes works on his story, and I help Paddy work on his, or we play games, or watch something.

Here is my reading stack which I'm working slowly through:.   I just started marking things I want to remember with Post-Its, since I hate writing in books but always lose my favorite bits if I don't mark them somehow.


This all may sound slow-paced, but with the various errands that interrupt the daily routine, and the work that needs to be done outside, and the conversations and so on, the day seems fairly full, though quiet.