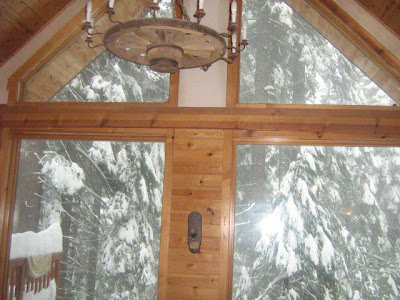 Snow fell steadily all day today.  Even though I didn't have to go anywhere, I never really caught up.  Conic Sections with Sean took up a couple of hours, Geometry with Kieron another half hour or so, and Paddy's school another hour and a half (we skimped).  Talking about Logic to Kieron and printing out some PDFs for him to read.   Morning Time with the younger three.  Plus making breakfast and lunch for a hungry crew, shoveling on the deck, going to the local gas station to fill up the gas can for the snow-blower since it's supposed to keep snowing for another day at least. 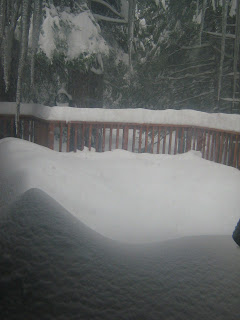 Still, I am not sure where all the time went.   Little things -- helping the young ones gather together their things to go out sledding -- taking a quick bath to warm up -- talking to my mother in law on the phone for a few minutes about the record storm -- tidying a bit as I went around, putting away some laundry.  Reading a few blogs, talking to my husband as he went in and out trying to keep our driveway clear and the heater on (wouldn't you know it, our heating system is breaking down and the fireplace fan isn't working well either, and it's supposed to get down near zero tonight!)

It wasn't a day where I could look back and say "I did this," and know it will stay that way.  Everything was maintenance, taking the next step. 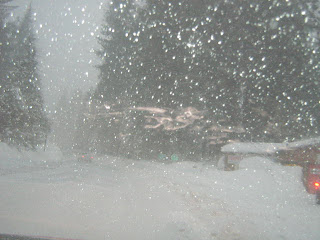 I think that would be all right if I was moving around like a serene ship with sails billowing, hallowing the space around me -- as Thomas Howard says ordinary people can do with ordinary tasks in ordinary spaces.   But I don't necessarily feel like I had a hallowing effect on my surroundings.   I feel bemused sometimes as I walk around -- "When I remind Paddy once again not to call names, is it doing any good, especially when he is to some extent being provoked?"   "Should I tell Sean to be more respectful about his math textbook, even though I sort of agree with him?"   "Taking a bath at midday -- what am I thinking, when the house is still a mess?"  "Instead of praying without ceasing, why am I letting really stupid popular songs of the 70's and 80's run through my head in an endless loop?" 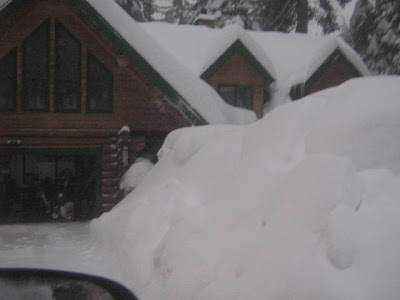 When I think about it, though, aren't those things trials to offer to God, too?

I found this passage, from the end of The Education of Catholic Girls, consoling:  not because I am living up to it but because it reassures me that snow shoveling, chauffering, back rubs for a hurting 8 year old, and the like aren't negligible..... that with the grace of God they can be part of something bigger than the seemingly ordinary elements, that snow isn''t just piles to shovel, but is a sparkling treasure as well (something I too often forget).  .... that I am blessed to be directly dealing with immortal treasures every day.

It may be that as far as exterior work goes, or anything that has a name to it, no specified life-work will be offered to many, but it is a pity if they regard their lives as a failure on that account.  ....There are lives whose occupations could not be expressed in a formula, yet they are precious to their surroundings and precious in themselves, requiring more steady self-sacrifice than those which give the stimulus of something definite to do. These need not feel themselves cut off from what is highest in woman's education, if they realize that the mind has a life in itself and makes its own existence there, not selfishly, but indeed in a peculiarly selfless way, because it has nothing to show for itself but some small round of unimpressive occupations; some perpetual call upon its sympathies and devotion, not enough to fill a life, but just enough to prevent it from turning to anything else. Then the higher life has to be almost entirely within itself, and no one is there to see the value of it all, least of all the one who lives it. There is no stimulus, no success, no brilliancy; it is perhaps of all lives the hardest to accept, yet what perfect workmanship it sometimes shows.