Before I leave the master bedroom for this time through:

I simplified over here in the computer/TV area. There were game consoles over here and I stuck them in boxes under that piece of furniture, which is an old standing TV console from the 50's which was Kevin's grandmother's. It doesn't work anymore, but it did for several years. It even hooked up to the VCR. We used to watch old black and white serial movies on it. 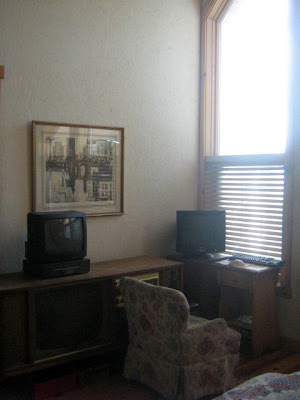 Remember the hospital tub for my mail which I theoretically go through once a week? I found a simple basket, and I put my prayer notebook in front to simplify the visual effect. 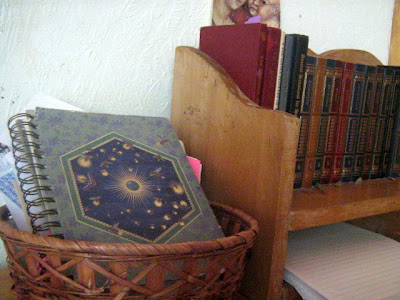 Looks nicer over there behind the wall than it used to. 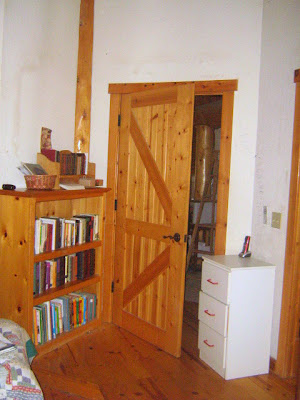 As you can see below we have a sort of impromptu storage space behind our bed.

Here is a "before" picture. 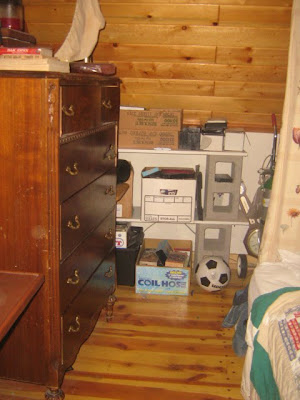 I keep extra toilet paper and bedding back here and also the videotapes.

I got a burst of energy this morning and brought the audiotapes back here with the videotapes so they are all together, since my husband likes listening to audiotapes (mostly Teaching Company) at night. 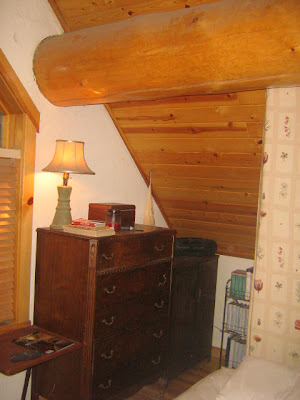 So here's what it looks like. Bringing them in here cleared out the loft a little -- those pictures will follow eventually. It also made the system more logical. It's a little bit cluttery still but better than it was. 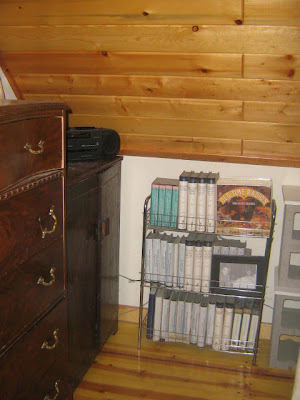 This is the view of the storage space behind the bed. 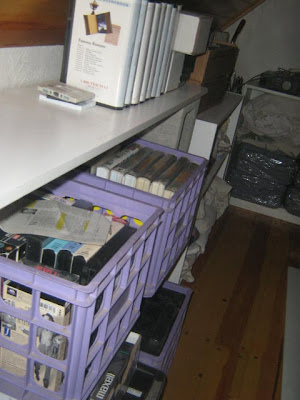 Now the only area left in the master bedroom that's still rather desperate is the closet. When I showed you the closet I only took pics of what I did, not what I still have to do. The master closet will probably wait till summer because I have to go through all the school stuff for the year and I can't really do that until the school year is over.
Posted by Willa at 8:27 AM