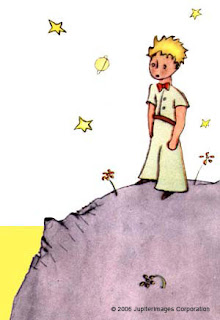 This is from The Hollow Universe, by Charles de Koninck, and reminds me a bit of CS Lewis's Abolition of Man which we were discussing this fall:

The prevailing 'scientific outlook', above all in the Commonwealth, is now more than ever dominated by Hume. His critique does not affect science as a tool; indeed, mathematics is now largely recognized for what he thought it was—a tool, and a quite reliable one. But his treatment of induction and causality is now being used to snuff out that first type of wonder : wonder about what a cause is, what is cause of what, what movement is, what place and time are, and so on. His apparently cold analysis has met with considerable popular success; and its effect is to drive from the human mind that primordial curiosity, the parent of all other motives of inquiry, which Aristotle describes in his account of the beginnings of science and wisdom.

Surely it is disheartening to reflect that we live in an age when it can be necessary, not merely to explain Einstein's speculative goal, but even to defend it against another type of mind which would have it that his time might have been better spent in the practice of plumbing. But the spirit of intellectual nihilism is gaining ground. It is frightening to think of the extent to which people are now being encouraged to banish from the minds of their children great questions as devoid of all meaning; to dispel the wonder which is a young mind's birthright; to confine their spirit to petty problems that can be answered once and for all to the satisfaction of reasoners incapable of raising a question to begin with. We now have a philosophy to show that there are no problems but those which it has shown to be no problem; and to decree that there is no philosophy other than one that is a denial of philosophy. Under the twinkle of a fading star, Hollow Men rejoice at a hollow world of their own making.


De Koninck was a Belgian Thomistic scholar who taught on the topic of "the compatibility and complementarity of philosophical knowledge and scientific inquiry".  Apparently the late Dr Ralph McInerny studied under him.   There are several writings of De Koninck's linked online at Good Catholic Books.

Interesting factoid, if Wikipedia is to be believed:

De Koninck and his family hosted and entertained many notables in their Quebec City residence, among them Antoine de Saint-Exupéry and his fiery writer-artist wife, Consuelo Suncín, during their five week stay in the province in the spring of 1942. The De Koninck's precocious eight year old son, Thomas, whom Saint-Exupéry met, may have served as an inspiration for the extraterrestrial visitor of his most famous novella, The Little Prince.