Let's see if I can remember what happened this week.

First of all, please pray for Matthew Wise, who is suffering from very severe pneumonia (ARDS).   At last reports, he was a little more stable, but still in very critical condition.

In Tales of Shakespeare, we switched temporarily from Pericles to MacBeth. MacBeth actually works great with Halloween coming up, but even this child's version feels a little dark to my 9 year old.  We switched because Pericles doesn't have a BBC Animated Shakespeare version, and MacBeth does, but Paddy now is saying he really doesn't want too much more visualization of witches, ghosts, and dire murders. 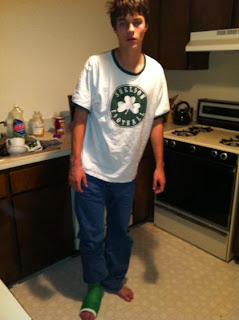 Poor Sean injured his foot and is wearing a cast these days.
Hopefully his last season of high school football isn't over.. 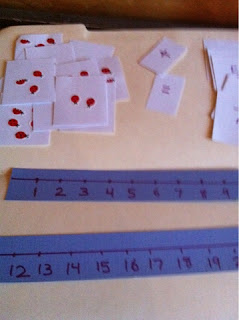 Math with Aidan is going pretty well! We still aren't really making a lot of progress, but we are finding some things to do that we both enjoy, and I figure that as long as he asks to do math and neither of us are frustrated, it's all going well.

I made these addition cards and number lines for him today, but we haven't used them yet -- rather, we did an addition worksheet using numberlines from here.   And he watched a couple of Khan Academy videos on addition.    He calls them his "Mental Math" and is quite happy with having lectures just like we listen to.  He even pauses the video when the instructor presents the problem, showing that he understands the structure of a video lecture, anyway. 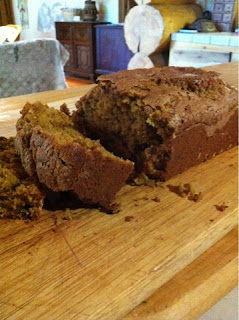 It's getting cold, so I made Autumn Pumpkin Bread today.

We caught the squirrel that's been living in our roof,  and now he is relocated a few miles away from the house, out in the forest. He's a Douglas squirre;, also known as a chickaree because of the sound he makes when he's scolding.   He chews a lot, which is one of the reasons we don't want him in our roof. 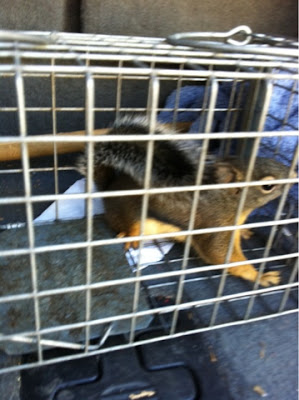 Go where you will throughout the noble woods of the Sierra Nevada, among the giant pines and spruces of the lower zones, up through the towering Silver Firs to the storm-bent thickets of the summit peaks, you everywhere find this little squirrel the master-existence. Though only a few inches long, so intense is his fiery vigor and restlessness, he stirs every grove with wild life, and makes himself more important than even the huge bears that shuffle through the tangled underbrush beneath him. Every wind is fretted by his voice, almost every bole and branch feels the sting of his sharp feet. ,,,,, He threads the tasseled branches of the pines, stirring their needles like a rustling breeze; now shooting across openings in arrowy lines; now launching in curves, glinting deftly from side to side in sudden zigzags, and swirling ingiddy loops and spirals around the knotty trunks; getting into what seem to be the most impossible situations without sense of danger; now on his haunches, now on his head; yet ever graceful, and punctuating his most irrepressible outbursts of energy with little dots and dashes of perfect repose. --John Muir, The Mountains of California 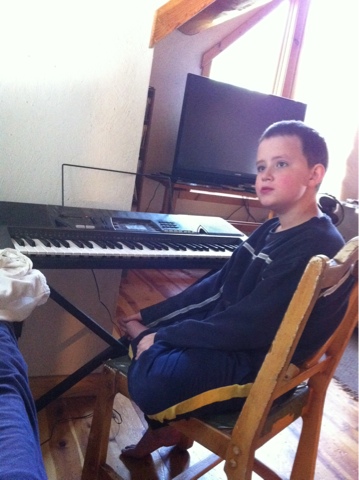 Paddy was listening to the Titanic theme song and feeling thoughtful.
Posted by Willa at 4:40 PM