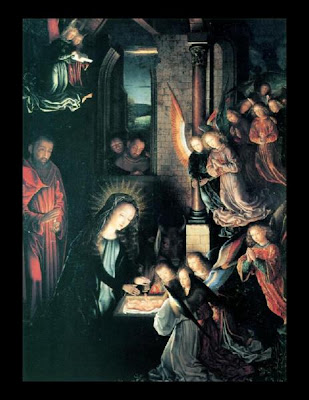 My daughter accidentally bought two copies of Augustine's treatises against the Pelagians at her college so she gave me one of the copies.   It contains:


I have never read them before, so it's interesting.  I've finished reading the first two and am partway through the Predestination one.

Reading them made me think.... Catholics are sometimes accused of being semi-Pelagians at least, and it's possible that a few Catholics (as well as Protestants) in the pew are materially so, but after reading these I can't see how the Church itself (the Magisterium) could ever be considered to teach any form of Pelagianism.   What Augustin says seems beyond dispute to me -- that nothing can be done at all without God, and furthermore that there can never be any movement towards God at all without His grace.  He writes so elegantly and logically.  I am just reading through fast right now to try to get the gist, but hope to go back and mark the parts I especially liked and think about them some more.

A couple of quotes from Nature and Grace that I liked and that seemed timely for this season:

Man's nature, indeed, was created at first faultless and without any sin; but that nature of man in which every one is born from Adam, now wants the Physician, because it is not sound. All good qualities, no doubt, which it still possesses in its make, life, senses, intellect, it has of the Most High God, its Creator and Maker. But the flaw, which darkens and weakens all those natural goods, so that it has need of illumination and healing, it has not contracted from its blameless Creator— but from that original sin, which it committed by free will

Just as the eye of the body, even when completely sound, is unable to see unless aided by the brightness of light, so also man, even when most fully justified, is unable to lead a holy life, if he be not divinely assisted by the eternal light of righteousness. God, therefore, heals us not only that He may blot out the sin which we have committed, but, furthermore, that He may enable us even to avoid sinning.

On Christmas we celebrate the Advent of He who came to heal and restore our nature.

This Advent has been difficult for me -- I always seem to mourn a lot during Advent, and I suppose it is because I lost my twins during this season, and also several times had very ill young sons in the hospital during this time.  Eight years ago today we brought Paddy home all the way from San Francisco, after 3 weeks there in the NICU when we thought he might need a liver transplant as his older brother had!

Mourning turns to rejoicing, but I seem to revisit the mourning during Advent, which is jarring in counterpoint to the festivities and busy preparations and sensory vibrancy wherever one goes.

But as Augustin also says:

For who does not know that man was made whole and faultless, and endowed with a free will and a free ability to lead a holy life? Our present inquiry, however, is about the man whom “the thieves” left half dead on the road, and who, being disabled and pierced through with heavy wounds, is not so able to mount up to the heights of righteousness as he was able to descend therefrom; who, moreover, if he is now in “the inn,” Luke 10:34 is in process of cure.

God therefore does not command impossibilities; but in His command He counsels you both to do what you can for yourself, and to ask His aid in what you cannot do.

This makes me feel that I am right to feel incomplete and ill, and I can offer that up for many others whose suffering is far greater than mine.  But that should encourage me to kneel before the manger along with the shepherds and Wise Men, and acknowledge that it is in Him, the Holy Infant, that I  and others are made whole.

Wishing you all a joyful Christmas!
Posted by Willa at 10:58 AM