Paddy woke up sick today and not feeling up to doing his normal school.   Instead, he chose to watch videos and keep a bowl close by his head just in case (and a good thing that was, too).  So, just to keep us going and to be able to mark SOMETHING for attendance today, I read him the story of Augustus from Famous Men of Rome. That is what he has been learning about in K12 and since he already knew parts of the story from their lessons, he was quite interested.   I have also been reading him The Family Under the Bridge   Before that, we read Abraham Lincoln, because a K12 account about the Civil War made him interested in that time period.   After that, possibly Viking Tales and Leif the Lucky.   Then maybe Columbus.  In fact, it would be fun to devote a whole year to the D'Aulaires.  He loved Greek Myths last year.

Maybe I can quickly share what is going on in his academics.  I hardly ever seem to talk about homeschooling anymore.

In Language Arts he is learning about past tense verbs, the concept as well as the mechanics (how to add -ed to various present tense verbs, etc).    He also has spelling (consonant digraphs) and reading (various poems and Step-Into-Readings which are too easy for him).    K12 emphasizes non-fictional reading and poetry in the early grades, on the theory that schoolkids nowadays don't get enough exposure to content reading compared to kids of earlier generations.   They are doing something I like -- covering general US history in the language arts curriculum.   I wish I had thought of doing that all those years I was trying to use Core Knowledge and LCC combined US/World History streams.   He reads little articles and historical books and then we discuss the questions, and so he's getting those basic events down like American Revolution, Civil War and Gold Rush, though not on a deep level.

In Math we are almost through with grade 2.  He is doing 3-digit subtraction with regrouping.  It's hard to make that interesting and this point is usually where my kids drop out of the trees with math boredom.    I'm trying to let him work with the abacus -- we have a Doug and Melissa wooden one and we've figured out a way to represent regrouping that works for him pretty well.   All the other math concepts are easy for him but this one is slowing him down because of the multiple steps required.   It's still boring, though.  I can't wait till we are done and can go on to Math 3.   For fun breaks and drill, this is a nice game site:  Arcademic Skill Builders. 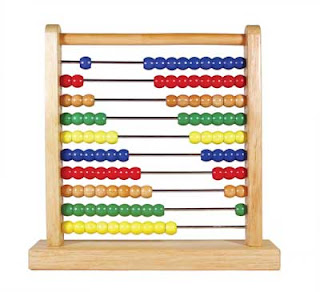 In History we are up to Augustus on our tour through history.   The next lesson is to be about Jesus.   First Grade was the Ancient World and Second Grade started with the Romans and moves up through the Middle Ages.   K12 has online audio stories (sometimes slightly twaddly in tone and illustration, but lively and he really looks forward to them) and review questions and a narration notebook and lots of maps to color and learn.   As I said, sometimes I supplement with Famous Men because the tone is more literary.  History is probably his favorite subject because of the interesting stories and concepts.   One thing he really loves is that he is following the same historical sequence as his sister in Thomas Aquinas College.   She wrote him a letter saying she was studying Julius Caesar in Gaul and his eyes lit up because that was exactly what we had just been learning!   Hooray for academic relevance.

Science is done by units -- the K12 year consistently starts with a unit on the scientific method and measurement tools (so the kid gets metric measurement down solid by high school if not before!)  and now we are doing a unit on basic physics -- forces and motion.  Science for K12 includes lots of hands-on, simple experiments and usually a computer game to review terminology and concepts.   I am SO not-good at providing hands-on experiences for my kids that even with all the instructions and materials I sometimes still skimp on these.    But I come closer this way than I used to without the support.

We are just starting Art 2.... some of Art is tied with history (for example, last year there was a unit on Greek architecture and sculpture) and some of it is tied into art concepts like line and color, while other lessons highlight different artists and their lives and key works.   There is a project to go with each couple of lessons, tied into the concept or artist or type of art being studied.   K12 provides a couple of high-quality childrens' art books... last year a series called Come Look with Me and this year, I don't remember because we just got the supplies a couple of days ago.  He used to hate the art projects, possibly reflecting my dislike for concrete activities (see above) but is starting to enjoy the outlet for creativity.    We often tweak the art project to make it fit in with his fantasy world -- for example, when he was supposed to do Chinese burial figures with jade tiles, we made them into Chinese soldiers so they could battle each other.  Battles make everything better when you are a seven year old boy.

We are just finishing Music 1 with a study of Mozart's Magic Flute.  Music combines some theory (solfege, rhythm, singing and kinesthetic memnomics) with some composer study.  K12 provides  a CD with folk songs and one with classical music.    He is enjoying the Magic Flute because of the story line, though honestly, it's a bit strange.

He gets bored with the rhythm and solfege exercises but I think they are good for his development -- music always got short shrift around here -- two of my kids taught themselves one or more musical instruments in the teenage years and the rest have gone without, sigh....

That wasn't so quick.   But that is what we are doing and in general it's working pretty well.   We usually move through it pretty quickly.  He reads for a couple of hours every day and is getting good at helping me around the house.

"Work is when it's something you don't want to do" ~Paddy
"You have to keep trying even when it's hard.  Know what that's called?  Per-sev-er-ANCE." ~ Paddy

He is also preparing for First Communion this year!   And so is Aidan!     The religious director down at our parish in town was wonderfully sympathetic to the idea of home preparation for sacraments, but he got the impression (probably because Aidan is 11, though I mentioned he was special needs) that my kids were older and so he sent us a book called Our Catholic Faith by Sadlier which is for 4th to 6th graders and way over Aidan's head.  For Paddy it works if we read it together and discuss it.   There are quite a lot of resources at the Sadlier site.   When I taught CCD about 20 years ago Sadlier materials were insubstantial and frankly slightly heterodox, but things have changed apparently since the publication of the Catholic Catechism and the corresponding guidelines for catechesis, and I find this resource quite substantial and nice so far.

I WAS setting up First Communion lessons over at Catholic Studies last spring but I lost my momentum over the summer.

"When I'm praying to get better from my sickness I can pray for all the other people who are sick, too, so that they get better fast and don't suffer too much." ~ Paddy

OK, that sounds like something I made up , but he really said it, and since this post is about Paddy I wanted to record it!    One thing I like about almost-8-year olds is their mixture of smart-alecness and sincerity.     They are beginning to be able to reason which means that they can come up with an enthymeme like that (the implied premises are that God answers prayer and that you can fruitfully generalize a specific request -- that second part seems like a genuine perception about the communion of saints that he hasn't been formally taught yet).   Also I am glad he is praying like that right now because we happen to know of some people who are gravely sick and can use some prayers for recovery and comfort.