Getting Things in Order II -- Interiority, Simplicity, and Decluttering 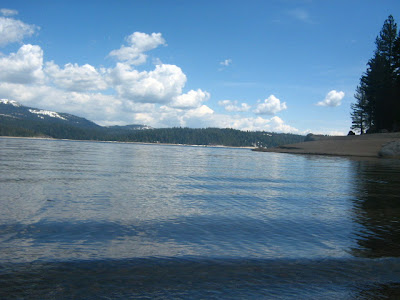 Some people choose a "word" or motto for the year and mine this year was "INTERIOR"    This came from something I read in a Fr Ronald Knox sermon -- he mentioned that the Maccabees went up into the hills before they came down to battle, and that Jesus began His ministry by praying and fasting in the desert, and that the whole of Christendom began, you might say, with the flight of Benedict from corrupt Rome.

A lot of saints say the same.   Any advance needs to start with a retreat.  It is like gathering yourself to make a leap.  St Ignatius and St Maximilan Kolbe particularly mentioned it.    St Anselm says:

Up now, slight man! flee, for a little while, your occupations; hide yourself, for a time, from your disturbing thoughts. Cast aside, now, your burdensome cares, and put away your toilsome business. Yield room for some little time to God; and rest for a little time in him. Enter the inner chamber of your mind; shut out all thoughts save that of God, and such as can aid you in seeking him; close your door and seek him.”

It hit me hard because when I was working on improving myself, I was always trying to ignore my interior, thinking that I needed to balance out my temperament.   Sure, I would pray, but I had the impression that I had to make everyday decisions in the light of everyday reality.  I thought that to discipline myself I needed to focus on the exterior, and this is true, but not in the way I was thinking.

I think what I was missing was that interiority is going into the tabernacle of one's heart and meeting God there -- the still center of things, from Whom all good things come.  I was thinking of interiority as just the kind of endless self-dialogue and processing and second-guessing that I can so easily turn into a substitute for effectiveness.   But that has a slightly different name -- I think the church calls it "introspection".  Introspection is more of a temperamental trait, that can get unhealthy if you let it go too far.    Looking for God in everything and knowing you are radically dependent on Him is something very different.

So anyway -- realizing this made a big difference.   Then I read and discussed Simplicity Parenting.    That led me to reread Happy are you Poor and blog about it and start decluttering.   Then I started blogging about True Simplicity and Benedict's Rule.  (though I dropped Benedict -- it may be good to come back to it again this year ... he is a great example of a vigorous and enduring practical system coming from a strong interiority).

I have decluttered before, it's a regular thing here, but this time was like the second or third layer of Eustace's dragon skin (remember Voyage of the Dawn Treader?).   It didn't go all the way into the vitals but it went deeper than ever before, and it hurt a little but felt good, too, getting rid of those scales.   Later this summer or possibly during Advent I am planning to make another deep run through the house.  I still have more stuff than we need.  But it's much better.   I'm much closer to being aware of everything I own.

This was a huge relief to me mentally.  I hadn't realized just how much it was infecting my mind, mostly; not my heart so much.  Sure, I got some comfort out of the fact of having all these things but generally, the things themselves were just in the way -- I am not one of those people who is talented about loving material things (I think it is a gift to cherish material things in a true, ordered way).    Mostly, I cherished the illusion that having them was somehow defining us.

A support to this decluttering habit is rarely to buy anything non-consumable.  If it's food, it gets eaten (I just have to be careful not to buy junk that is not worth eating).   But if it's not food and we don't already have it, chances are it will mostly sit around and not pull its weight.   Giving up the choice to buy things (unless there is an obvious, pressing need, like our washing machine dies)  was also a huge mental relief.

One more thing  ---whatever I happen to possess or consider buying,    It's on loan -- it's not mine.   This little mental trick is close to the truth because why should I get to have such and such a non-necessity when there are people who don't have adequate clothing or food?    So thinking of it as a loan helps me to treat it carefully so that I can pass it on as soon as I don't actively need it any more.  And it makes me less inclined to acquire things unless the benefit of having them outweighs the debits of being responsible for them and eventually letting them go.

We certainly don't have a clutter-free house yet but it is way better than it was.

This was the first step in my "getting my life in order" journey.  It occurred to me when I was pondering mortality that one of the biggest crosses that survivors have to bear is figuring out what to do with all the detritus of your life, summed up in your excess possessions.   To discard the stuff, if you loved its owner, is a new pain and loss repeated again and again, like you are throwing away bits and pieces of them.   It feels like a little betrayal.  But to preserve the stuff, if it doesn't have an actual use or intrinsic value for you, is a burden.  Some people spend their lives carrying around the junk of former generations.  I'm not talking about keeping the stuff of true value for your heritage, but the kitsch, the excess.

Most of all, reading Happy are you Poor and thinking about simplicity in the context of sharing/sparing and emptying yourself to be filled with better things, rather than just reductionism for pride or convenience, started me thinking about other ways to simplify and order my life.

The next stage was household routines, so that will be the subject of the next post in this series.
Posted by Willa at 9:45 AM