I don't often talk about what we're doing in the homeschool these days. We're actually having a pretty good year but I guess since I don't have to plan it, I don't end up talking about it very much.

But here's a few things we've been doing -- featuring Paddy this time, 7 years old and in 1st grade. Paddy finished first grade math in February and is now a good way through 2nd grade math. He finished Phonics a week or so ago, much to his delight, so we are using the time to catch up on other subjects.

Language Arts
We got this Little Red Toolbox of word tiles for Aidan and Paddy at Christmas on a big discount -- it was only $15 for the set. It's kind of nice because the tiles are color-coded to parts of speech, and the font is quite clear.

Paddy's been using them for beginning copywork and spelling. He pretty much finished Handwriting without Tears for first grade, so he knows how to form most of the letters. 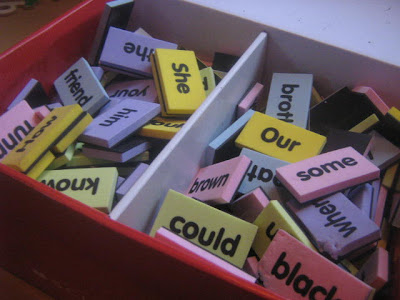 Every day he takes a tile out of the box and copies it on paper and then spells it to me from memory. 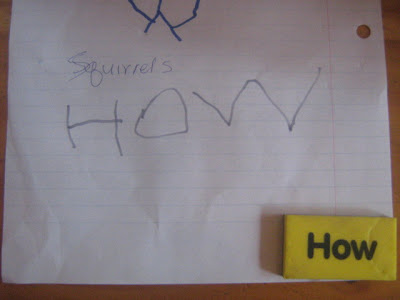 Since I have had the camera out today I thought I'd take a picture of our rare "show-me" type work. I did the writing at his dictation. The object of the project was to get the idea of "writing notes" in preparation for writing a report, which is a bit silly when you are barely seven, but probably a good intellectual habit to get into for the future. 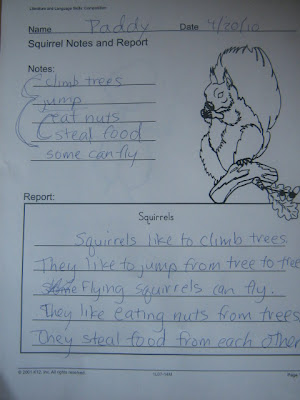 All the school days have been going like that recently. He has his basic work and I often look for games or pictures online to support the concept. Or we draw pictures and diagrams.

In Music, he is doing a unit on the musical instruments in the orchestra and today we found several games:


There was one more I can't find now. Here's a few more I found as well:

K12 has you listen to familiar classical songs that feature the instrument family being studied. I've found that it's really easy to quickly go to YouTube and actually see the instruments being played, which is really fun. We found out you can hear the Mario and the Legend of Zelda theme songs being played by almost any instrument you can possibly imagine.

We are on to Ancient India. It's funny because I am reading him the Jungle Books and started even before I knew K12 was moving from Greece to India. Finding out about Hinduism helped him understand a bit more about the life of the villagers in the JB stories. Now we've started reading Rikki Tikki Tavi -- he thinks the name is hilarious.

When we were studying Ancient Greece we read D'Aulaire's book of Greek Myths, and the Wonder Book by Nathaniel Hawthorne. 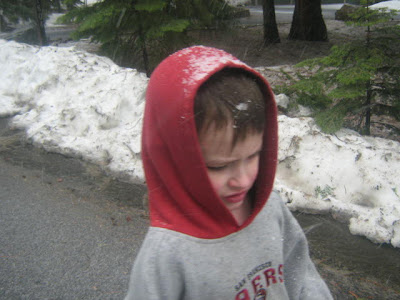